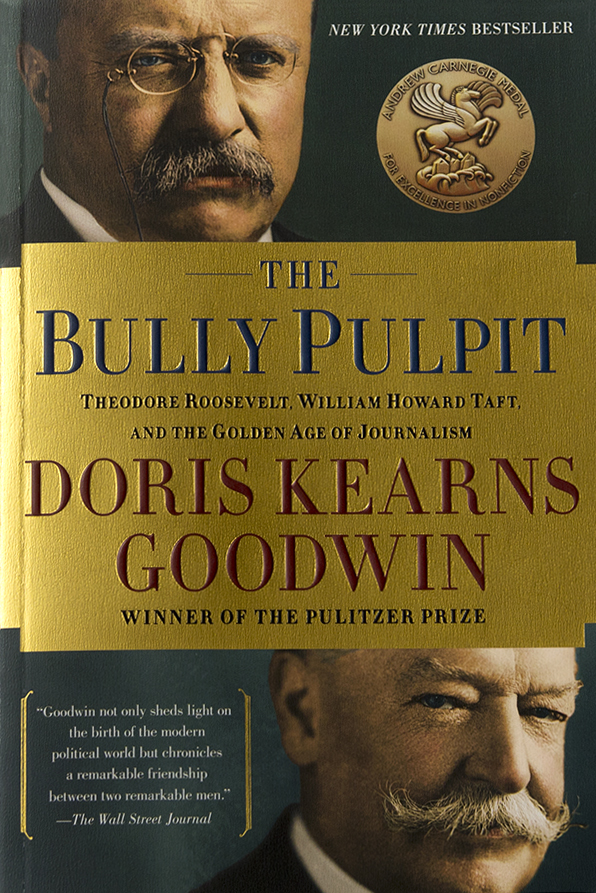 “A dynamic history of the first decade of the Progressive era, that tumultuous time when the nation was becoming unseamed and reform was in the air.

The story is told through the intense friendship of Theodore Roosevelt and William Howard Taft – a close relationship that strengthens both men before it ruptures in 1912, when they engage in a brutal fight for the presidential nomination.

The Bully Pulpit is also the story of the muckraking press, portrayed through the greatest journalists ever assembled at one magazine – Ida Tarbell, Ray Stannard Baker, Lincoln Steffens, and William Allen White – teamed under the mercurial genius of publisher S. S. McClure.”